My name is Mark Cavallo and I am an Apple Mac convert. After 25 years of being a strict PC user I have received my first MacBook Pro 15″ Retina laptop and I have to admit I am extremely excited.

I began using PCs way back in my secondary school days – when a PC colour display and colour printer were much more affordable than an Apple IIe. To be honest, in design school, when I compared the Macintosh machines in the studio to what I had at home, I couldn’t believe the difference. I used to duck home between classes to do assignments on my PC – a much faster machine with a larger display – and hand my work in at the end of the day.

This is when I was introduced to Illustrator’s PC equivalent, CorelDraw. I have relied heavily on this suite for decades now and still feel it holds up well with it’s Corel Draw X7 release in 2014. I find it much more versatile and it is the only PC program I run on my MacBook using Parallels.

I have always been an advocate for customising your PC the way you want to use it. Hence in the past I was never able to understand Apple’s philosophy of doing things ‘their way’. All my life I have owned PCs that rarely had a closed case, due to swapping over and expanding storage capacity, RAM, motherboards and GPUs. Granted I had my share of conflicting hardware, blue screens, crashes, and downtime due to tweaking too much, however that was all part of the fun – always trying to push your machine a little further. Additionally I have always built my PCs geared towards gaming – so updates were frequent as for many years it seemed a new graphics card, faster RAM and CPUs were released on a monthly basis. Fortunately these days you can last a good 12 months without having to upgrade.

But none of this explains why I became an Apple Mac convert. Even though I have owned an iPhone from the day they were released – I still had no intention of ever owning an Apple Mac. Until 2014. With my introduction to developing games for iOS, my good friend Nader informed me that it would be handy to have some form of iOS capable computer in order to run X-Code and a number of other programs. Fortunately my partner had an old MacBook that she was willing to share with me. 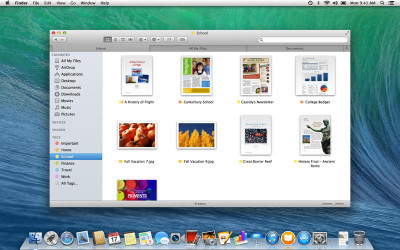 After a few Teamviewer virtual sessions with Nader, I started to get a feel for the way MacOS X works and how much easier and obvious it was to do many tasks. It took me a while to accept how easy it was just to add and remove programs. So many things just started to make sense and I began to wonder, to the point of frustration, why the hell  Windows doesn’t do this! Through the App Store, I found a number of affordable utilities that were easily able to replace my PC counterparts. So much so in fact, that eventually I decided I needed my own MacBook Pro and that is when I realised; I had become an Apple Mac convert. 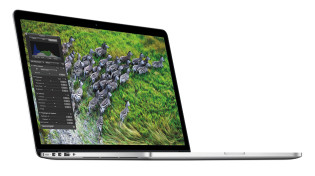 Having owned a great many laptops in my time I am completely blown away by the MacBook Pro. It just seems so much more refined than any PC laptop I have come across. The screen is incredibly crisp and vibrant, the large touchpad is so intuitive that I find myself setting the mouse aside quite regularly. What’s more the size and weight has left me baffled. This thing packs a 2GB Nvidia GPU, 16GB RAM and 1TB Flash storage and is still half the thickness and weight of my previous laptop that had slightly lower specs. Admittedly I am aware of the very thin PC laptops I have started to see this year, but you are stuck with the now seemingly archaic version of Windows you will be running on it.

Nonetheless, I have not given up on PC altogether. I still have a beast of a tower at home (that could probably house a small family) that I use for gaming, but that is about it. I don’t doubt this will eventually be replaced with an iMac.

About the Author: Mark Cavallo

Graphic Designer and Inspiration behind Rotate Gears. A keen gamer, Mark has over 20 years of graphic design and website development experience.